Hmmm.. it seems I've been busy for some time (not really ;-)). Anyway here comes another GIMP tutorial that I wanted to write from some time, but couldn't. Better late than never :-)

Following tutorial is to get a polaroid collage effect on an image. What I am going to do is just place some randomly rotated polaroid frames that we will create in step [3]. To give it a little realistic look we will use shadows and Curve Bend tool.

Before we start just preview of what I finally got: 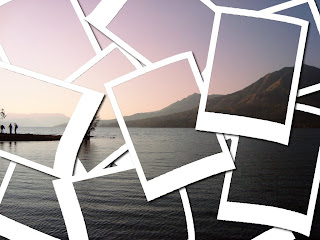 1] Create a new image in GIMP of size same as original image (i.e. 1024 x 768 here). The idea is to create all the frames and finally put the original image in the background.

2] Hide the background layer and create a new transparent layer which is 300px wide and 400px high, and name it "frame".

3] Now add little off-white borders to the layer. I used (240, 240, 240) color. Make the borders 10px wide on left, top and right side and 30 px wide on the bottom side. You can use the rectangle select and the bucket fill tools. After drawing the borders you must have something like this: 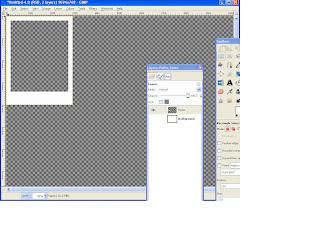 4] Now create a transparent layer, and name it as "collage". We will use buffer to temporarily put a frame, then rotate and distort it a little, and then put on the "collage" layer.

5] Lets start with the first frame. Select layer "frame" hit Ctrl+A to select the frame that we made. Select layer "buffer" and hit Ctrl+V to paste, but don't merge down the floating layer yet. Select Filters | Distorts | Curve Bend, and slightly bend the upper curve, press copy button to copy the same curve to the lower region. Press ok to apply the transformation. You should get something like this: 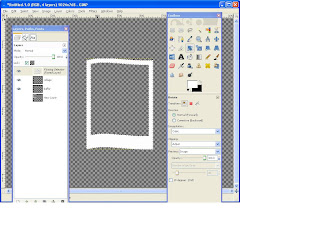 6] Now, take the rotate tool and rotate the floating layer with some random amount. 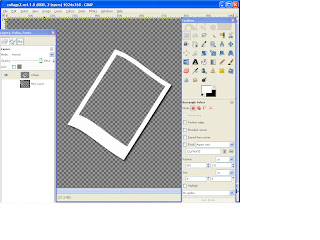 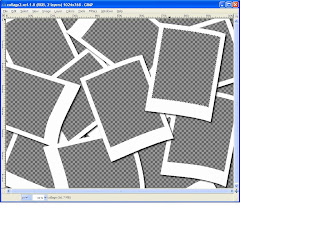 Chetan
Some people like me, some don't, I guess they have reasons, but I don't have any idea what they are. Came to this world crying, just trying to live my life so that I can leave smiling.